Former Kenya Sevens winger Allan Makaka has passed on after he was involved in a grisly accident along Mombasa Road on Friday evening.

News of his demise has been confirmed by Kenya Sevens through their Twitter handle. His body has since been taken to Montezuma Funeral Home.

“We are deeply saddened by the death of former #Kenya7s International player Allan Makaka who passed away today in a tragic road accident. Our most sincere condolences goes out to his family and friends. Rest in Peace Champ,” 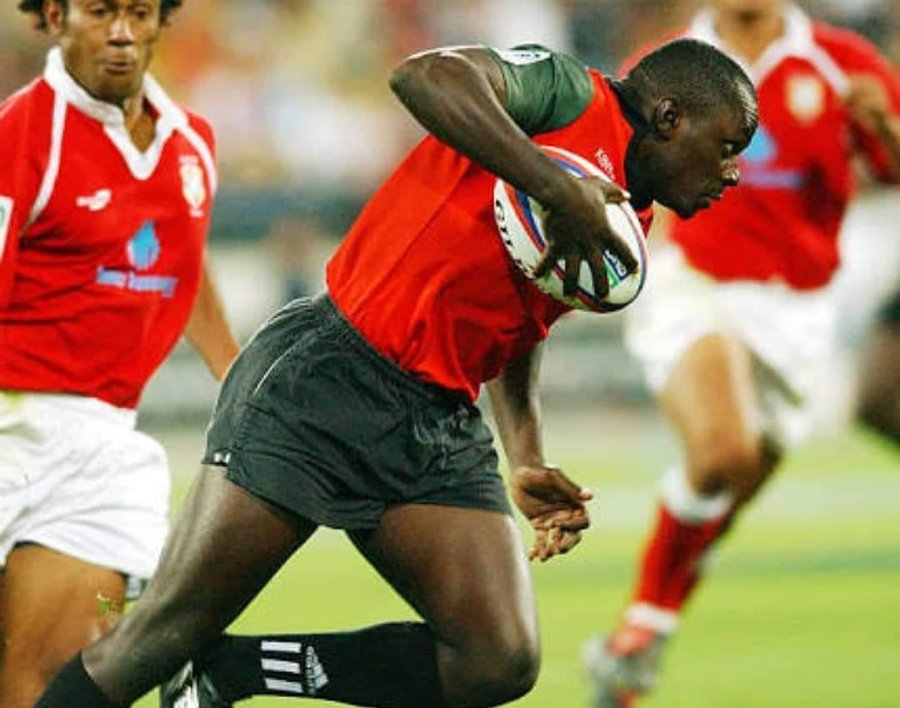 He was part of the Kenya Sevens squad to the 2005 Rugby Word Cup Sevens in Hong Kong and the 2006 Commonwealth Games in Melbourne.

He was an alumnus of football and rugby powerhouse Kakamega High School and turned out for Kenya Harlequins.

Kenyans have taken to social media to mourn the former speedy winger.

According to a reliable source within the rugby circles, Makaka rammed into a lorry just after Airtel Headquarters along Mombasa road and died on the spot.

“I received the news at around 2 AM and everyone is still in shock. He was a jovial and very kind-hearted person and it is sad that he is gone,”

Until his demise, Makaka worked for Royal Media Services as the Business Manager in charge of Hot96.

He leaves behind a wife and two children.

@GoddyJatelo- I’m still in shock. I went to sleep then waking up to this news. This thing called life is so fickle yaani. Rest Makaka. Rest well Allan. #SSS

@EtalePhilip I am at Montezuma Funeral Home. Just confirmed my worst fears. Rest in Power my friend Allan Makaka. Sad.

@Gmwelu Sad news to wake up to Former #Kenya7s player Allan Makaka has passed on after he was involved in a road accident last night.Condolences to his family and mates.

@BwahaDenise #Kenya has lost one of the fastest rugby players. (in a car accident)May #AllanMakaka’s soul Rest In Peace.

The former legislator Dr Momanyi first as the first Bonchari MP has died at the ripe age of 82 years. The Constituency was created in...
Read more
Latest News

The former legislator Dr Momanyi first as the first Bonchari MP has died at the ripe age of 82 years. The Constituency was created in...
Read more

Is Kenya Doomed If The Economy Is Not Re-opened???

As the country continues to battle with the increasing numbers of daily infections of Covid-19 which has resulted in crippling the economy the head...
Read more
Load more

REVEALED!! Top 10 Highest Paid YouTubers in Kenya and Their Estimated Yearly Earnings from YouTube in 2020

Top 10 Countries With The Best Education Systems In Africa, Is Kenya On The List?

Education can simply mean the process of facilitating learning, acquisition of knowledge, skills, values, beliefs, and habits. It is seen as the foundation of...
Read more

Kenya has been our proverbial land of 'milk and honey' only in this case the milk is sour and the honey is historically rotten....
Read more

Karl Marx said religion is an opium of the people, well I HEAVILY agree with this statement. Recent scandals within the church has just...
Read more

Dear Ex, First of all, I want you to know that even though our relationship ended, I don’t regret being with you. We shared a...
Read more

StarNews Kenya is an online alternative news agency focussed on creating engaging content for all ages. StarNews.co.ke is your home for reliable, unbiased News. StarNews, Lets Get Talking!